Download the ETS2 multiplayer mod here without being required to connect your Steam account to their website. Note that you still need the Steam version to play multiplayer; the mod can be successfully installed to a cracked version but will check your Steam profile for the game when it is launched. Also, note that the ETS2 directory is the actual folder of the game; it should contain a folder named “bin” which contains another folder and the game. It should be in the C:\Program Files\Steam\steamapps\common folder.

Did I forget to update it again? Before August 2016, people had to leave comments and then wait for me to re-upload the mod every time there was a new update. Although I’d still appreciate a comment if there is a newer version so I can update the main link, I’ve created an API that allows you to download any version of ETS2MP as soon as it comes out. You can access the API by clicking here.

Pro tip: If you want to be able to authenticate with Steam to play on Trucker’s MP servers, but don’t want to install Steam or pay $23 to buy ETS2, you can pick up a cheap CD key on G2A for less than $10 using this link. This key can be redeemed on Steam to add ETS2 to your profile without installing or adding any money to Steam. 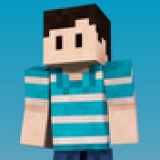 We give 20% of our income to charity.